FFFWeek™ Fashion Front Spotlight: “The 2011 Plus Fit Model of the Year, ‘Terri Murray” 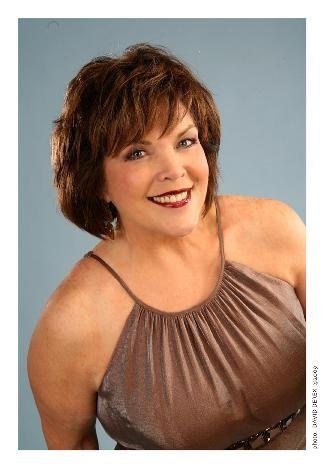 Today I’d like to introduce you to the Full Figured Fashion Week™ Plus Fit Model of the Year, ‘”Terri Murray”. Terri began her modeling career over seventeen years ago when she answered an ad in the local paper for a full time fit model at Lane Bryant, in Columbus, Ohio. After nine years at Lane Bryant and with the encouragement (Go for it!) of her two wonderful daughters, she signed a contract with FORD NY, left her family and home and moved to New York to pursue an opportunity of a lifetime. She has modeled in Hong Kong, Sri Lanka, and Indonesia as well as the United States.

Terri is currently the fit model at QVC, plus fit model at MSA Models in NY, and Immediate Past President of the New York Tri-State Chapter AICI, the Association of Image Consultants International. Considered an expert in the industry, she was recently interviewed in the January “Icon” issue of Plus Model Magazine, the premier magazine of the full-figured community. And in March, 2011, she served as a panelist at the “Women in the Spotlight Now 2011” conference in Atlanta. Terri will also be featured in Catherine Schuller’s new book “Such a Pretty Face.”

She is a fit and intimate apparel expert having measured and fit hundreds of women as well as fitting intimate apparel and sportswear herself. Her “Lingerie and Lace: A Lesson in Allure” and “Six Steps to Fashionably Fitting the Voluptuous Woman” seminars are popular in New York with the Fashion Societe. She teaches “Know Your Foundations” at the Plus Academy NYC as well as her own classes and is Executive Director of the SOE Academy, School of Esther NY, which is a leadership program for teens ages 13-17.

Her influence reaches internationally partnering with the Imatge Consulting Company in Mexico City with seminars, and judging their students in certification for graduation as Image Consultants and Make Up Artists/Stylists. She volunteers backstage during Fashion Week, the Swarovski Red Dress Event, Broadway Cares and DIVABETICS.

← Voting Has Now Started For Me In the “2011 Project Style” Contest
The Look For Less: “Ruthie Davis vs. Urban Original” →

One thought on “FFFWeek™ Fashion Front Spotlight: “The 2011 Plus Fit Model of the Year, ‘Terri Murray””