The B-Styles Curvy Girl of the Day: “Chasity Saunders”

Today’s “Curvy Girl of the Day” spotlight goes to Ms. Chasity Saunders. I first was introduced to Chasity’s work last June during “Full Figured Fashion Week” in New York. She was  a showstopper during the Igigi presentation while wearing the wedding gown. Living her dream as a new fashion and commercial model Chasity has been featured in national magazines and secured national commercials as well; clients are now requesting her for editorial and commercial layouts alike such as the August 2009, January 2010 and December 2010 ESSENCE magazine spreads as well as spreads in the Winter 2010 and Spring 2011 Issues of Jones Magazine . She has also appeared in ads for COOGI, and on National Television  for BET’s Music moving Fashion forward ‘Rip The Runway” 2010 and 2011 for designer Tenielle White. In addition, Chasity opened the first segment during FFFW NYC 2010 for Pure Energy and was a featured model in a photo from Full Figured Fashion Week 2010 which landed on the front page of the New York Times. She went on to model for Pure Energy’s Spring, Summer and Fall 2010 collections exclusively for Target. Chasity is also one of the new faces for Tina Knowles new fashion line, Miss Tina By Tina Knowles exclusively for Wal-Mart which launched October 2010. She was solely selected and traveled the country with Miss Tina Knowles to promote the new line, appearing on The Today Show, Ellen, The View, The Monique Show, E! and Access Hollywood to name a few. 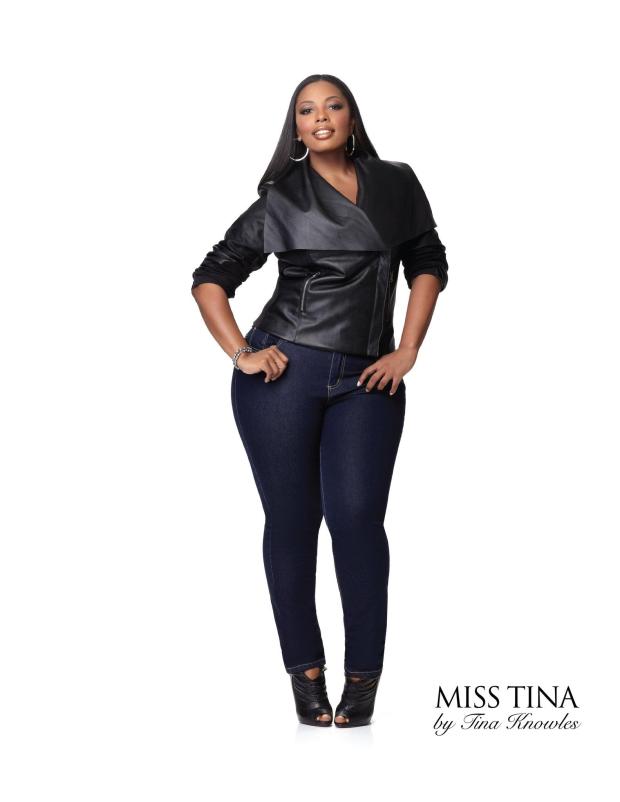 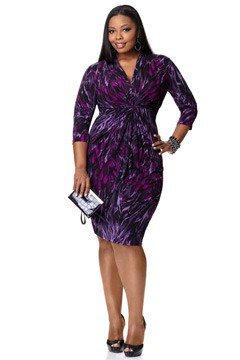 Check out Chasity in the “Miss Tina” promo video:

Chasity also modeled on “The View” with Beyonce & Miss Tina. Here’s the video:

Chasity “Klassy Chassy” Saunders is the co-owner of Avenue Pink, LLC and the Host of the weekly Avenue Pink Radio broadcast, as well as a working Actress, Model and live event MC.  A Virginia native and southern girl at heart, Chasity relocated to the big apple in hopes of using her natural charisma to become an inspiration to dreamers all over the world.

In such a short time Chasity is becoming a successful model in the plus-size industry and this is only the beginning. Keeping God first and hand picking only positive and uplifting roles and projects will keep Chasity on the hot list for years to come!

I got a chance to do a Q & A with Chasity recently and here is our interview:

How did you get started as a plus-size model?

I would have to say that my professional modeling career began much like a dream! I decided to get my education before starting my career and thank goodness I did because timing is everything! I moved to NYC the same week that I graduated from school and literally hit the ground running. Everyone that would listen knew that I aspired to become a professional model. I was discovered at my very first casting at Essence Magazine when asked why I wasn’t signed to an agency in NYC, within a matter of days I’d received an amazing referral from Essence, signed my first modeling contract and booked my first professional modeling job for the August 2009 Issue of ESSENCE magazine! The rest is all history and I wouldn’t dream of looking back!

What has been your biggest accomplishment in your plus-size modeling career thus far?

Wow! Every accomplishment is so amazing in it’s own right but I would have to say booking my first national campaign with the fabulous Miss Tina Knowles! The entire Miss Tina by Tina Knowles campaign and team are a dream come true! Next up is being featured in a picture from FFFW NYC that landed on the front page of the New York Times! I feel so extremely humbled & blessed to be a part of the history of the plus size modeling Industry.

How did you get the Miss Tina opportunity?

It’s a day that I could never forget. I received the casting from my agent and had to rush to the fashion district in Manhattan. Whenever meeting with a client you never expect to actually meet “THE” client but that day Miss Tina Knowles had seen my pictures and requested to meet me in person. I walked in more excited than I had ever been and after trying on clothing, taking pictures, meeting and being asked for a hug from Miss Tina at the end of the go-see, I left feeling nervous of course, yet extremely comfortable and confident all at once. I received a call from my agent minutes later confirming that I’d booked the job! I can’t explain in words what that felt like, I can only say that it was simply AMAZING!

Can you describe what your Avenue Pink endeavor is about?

Avenue Pink is a new media company that specializes in the trends, news, and lifestyles of Young Cosmopolitan Professionals. Our company’s mission is to engage the progressive 18-35 year old Professional through positive messages that are delivered through radio and video programming hosted online at http://www.avenuepink.com

I am the co-owner of Avenue Pink, I also serve as the radio & television host and hold the title of Director of Communications for radio, television, events and partnerships. My business partner Quan Lateef and I are thrilled to be celebrating the 2 year anniversary of Avenue Pink this April 2011!

We welcome new supporters to listen to us LIVE Tuesday nights, 10pm at www.AVENUEPINK.com!

How would you describe your personal fashion style?

My personal fashion style is Classic Glam! I believe in keeping things ultra sophisticated with an Glamourous edge. For an example who doesn’t love a classic little black dress right?! Well for me I would then spice things up with a gorgeous statement jewelry piece and no less than a 5 inch pump! “The higher the heel, the closer to heaven”!

Where are are some your favorite stores to shop?

Some of my favorite stores to shop for clothes and shoes are Bloomingdales, Macy’s & BEBE. For Statement Jewelry I shop at Ashley Stewart, Lane Bryant and Cinderella Boutique. For both shoes and Jewelry I’ve never gone wrong with ALDO.

What projects are you working on at the moment?

I am currently featured in the Spring Collection of Miss Tina By Tina Knowles and will begin traveling with the brand again shortly which I am very excited about. I will also be ripping the runway on BET, Monday March 21st, 2011 for fierce Plus Size designer Tennille White. I am also approaching the new & improved relaunch of my company Avenue Pink and continuously auditioning, studying and floating between the disciplines of modeling, acting and the life of a Media Professional.