Today was the royal wedding of Prince William and Kate Middleton in London. Now I’m not gonna lie and say that I’ve been following this wedding drama minute for minute, but as a fashionista, I wanted to see the dress just as much as any other fashion savvy woman. Well Kate didn’t disappoint. She arrived in a Sarah Burton for Alexander McQueen dress and a Cartier tiara. The bride was heavily involved in making the dress and worked closely with Burton to ensure it would be a combination of both the traditional and the modern. The result is a stunning lace appliqué bodice with 9ft train – that appeared to be inspired by Grace Kelly’s gown for her marriage to Monegasque Prince Rainier III.

Sporting a 1936 diamond Halo tiara by Cartier – her ‘something borrowed’ – lent to her by the Queen, Catherine’s hair was worn, as expected, half up showing off her signature loose waves with a ‘demi-chignon’. As I look at the pics, the whole wedding party was fashion forward. The ladies were really bringing it with the head gear. Famous guest included Elton John, Victoria Beckham and Joss Stone. 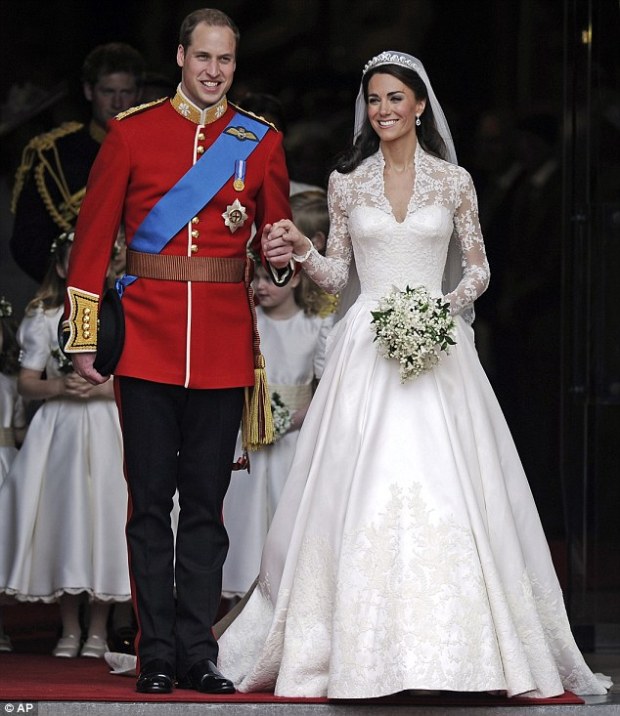 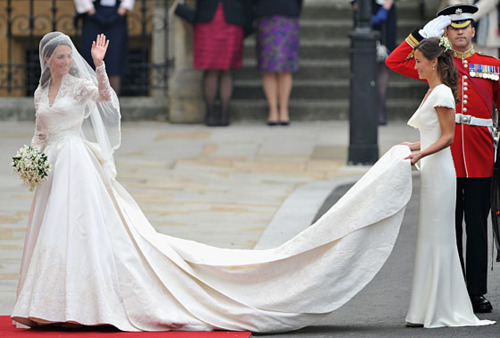 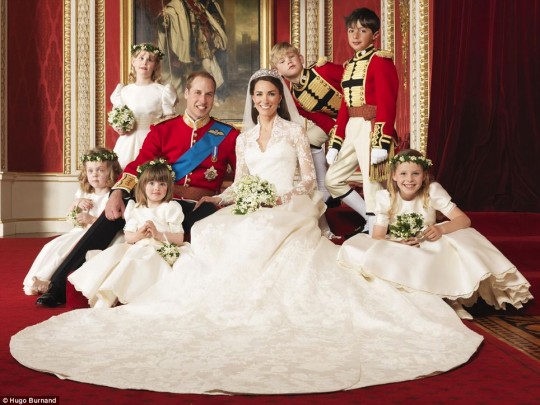 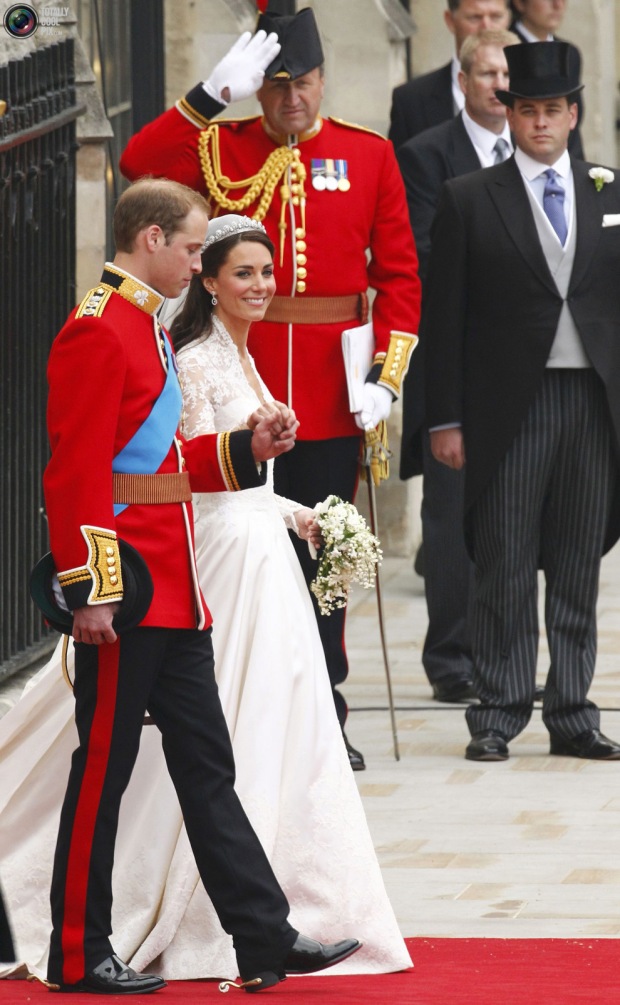 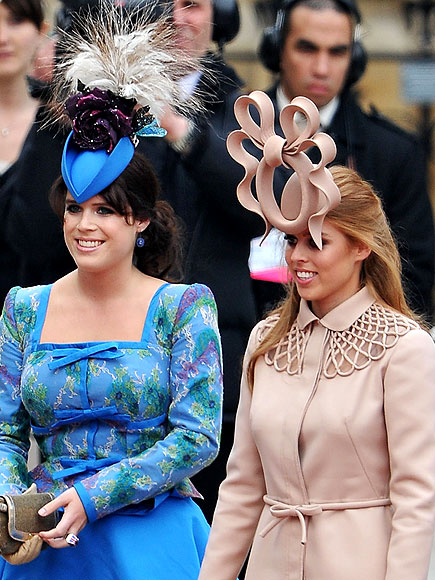 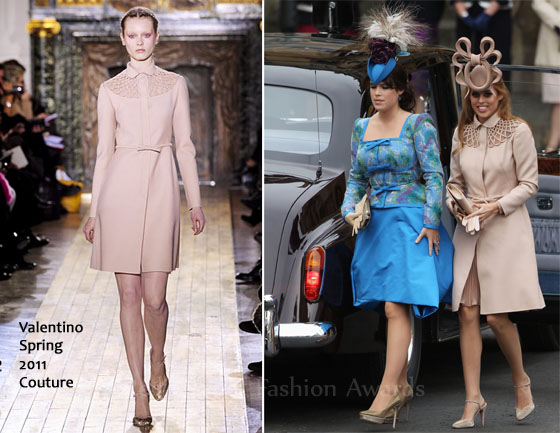 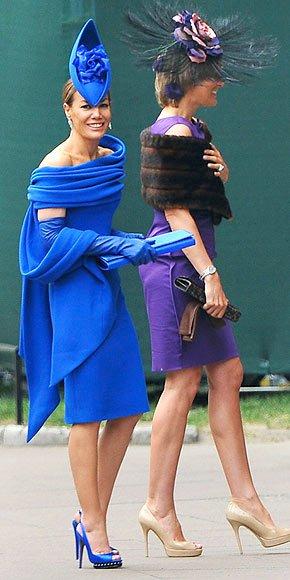