As I was just on facebook, a fashion friend posted that shoe store Bakers is re-opening some of their  retail stores and updated their website. I for one am so happy to hear this. I get all my Nicole Lee bags from Bakers and many designer replica shoes as well. Which is why I’m writing this post. As I was also on facebook earlier this week fb friend Racquel of Empress Shoes posted a pair of hot hot hot studded boots. They are the “Paula” Studded Tan Booties, $100 and are VERY similar to the Z-JO STUDS Boot, $299.95 from Bakers. Both are a remake of the original $1,050 Manolo Blahnik Timberland Boot from 2002. Only difference is these new boots have studs on them and are much less than the Manolo’s. I myself purchased a pair of the original Manolo like boots from Bakers some years ago too. I’m tempted to bring them back out now but mine don’t have studs on them :(. Celebs like Christina Milian, Emily B. and Tahiry have been seen lately wearing the Z-Jo Stud Boots out and about and paired with skinny jeans and a tee, you’re sure to make an entrance wherever you go! 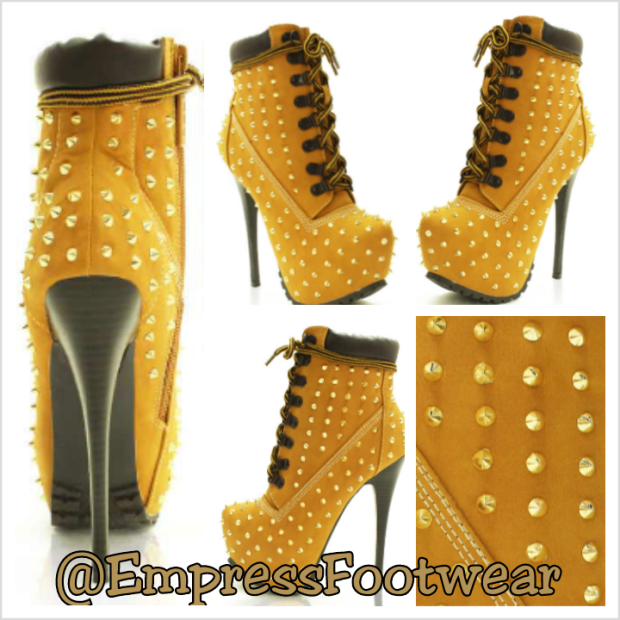 One thought on “The Look for Less: “The Manolo Blahnik Timberland Boot & Z-Jo Stud Boot””