The B-Styles Guy of the Day: “Introducing R & B Singer Eliah Keaton” 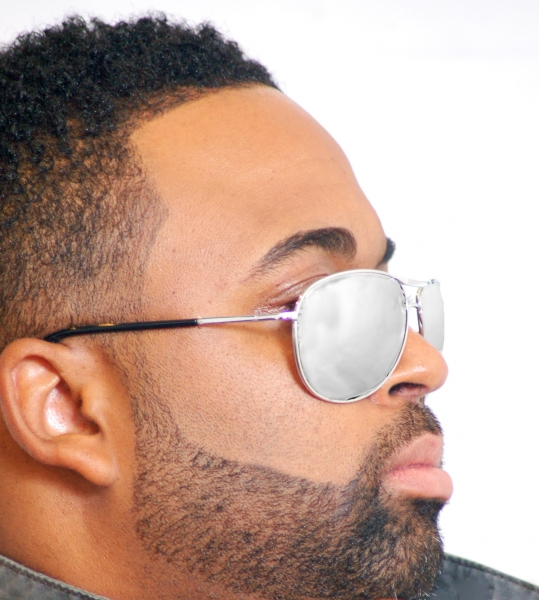 As I mentioned the other day, I attended the “Tropical Diva’s Fashion Show” here in Richmond on Saturday evening. Well before the fashion show even got started, we in the audience were swooned by newcomer R & B artist Eliah Keaton of Charlotte, North Carolina. (I spoke a little about him in my review the other day but I feel he needs a whole post dedicated to him so that you can get to know him as an artist a little better). Being that I’m not a clubber or party person I usually don’t get up on my feet for anyone. But once the music started playing and Eliah started singing the whole crowd was dancing and clapping along. His sound reminded me of a little bit of Dwele, Will Downing & Raheem DeVaughn all combined together. He actually sang two songs, one being a song originally by Dwele called “Hold On”, and his own original song called “Loving Me”.

From the age of seven, Eliah has been singing.  From grade school auditoriums to church choir lofts to stages with industry greats.  Classically trained, his eclectic interests and experiences exposed him to music outside of his environment in his hometown of Brooklyn, NY. This prompted a greater appreciation for musical diversity.  Eliah is as comfortable singing G.F. Handel’s “Messiah” as he is singing Donnie McClurkin’s “We Fall Down” or “What’s Going On” by Marvin Gaye.  Like his 6-foot,  6-inch stature, his voice captivates and stills a room.

His body of work as a vocalist is as diverse as the artists he has shared the stage with.  He has performed alongside the Grammy-award winning Anthony Hamilton and with the legendary Clark Sisters of gospel fame on the “Twinkie Clark and Friends Live in Charlotte” recording. With a catalog of over 200 songs, as a producer and songwriter, Eliah credits Donnie Hathaway as his biggest musical influence, not because he’s a popular choice but because of the genius of his musicianship. Lyrically, Eliah credits Fred Hammond, who he emulated as a child, for helping him shape sounds that he heard in his heart into words and melodies that could touch people where they were.

It is now his time to be heard. He is branching out into the realm of artistry where he takes center stage, commands your attention, and pours out his soul like modern day hymns to eager listeners.  This man lives to share the gift of music with the world.  He knows that what he receives from the business of entertainment pales in comparison to what the art of music has given him and the legacy of love he wants to leave through his music.  Now, with his attention squarely focused on his debut solo project (to be released Winter 2010), the world will finally be met with what many in and out of the industry have known for years: this man was born for this.

A name and musical experience you won’t forget, Ladies and gentlemen, I present to you, Singer, Songwriter, & Producer: Mr. Eliah Keaton. 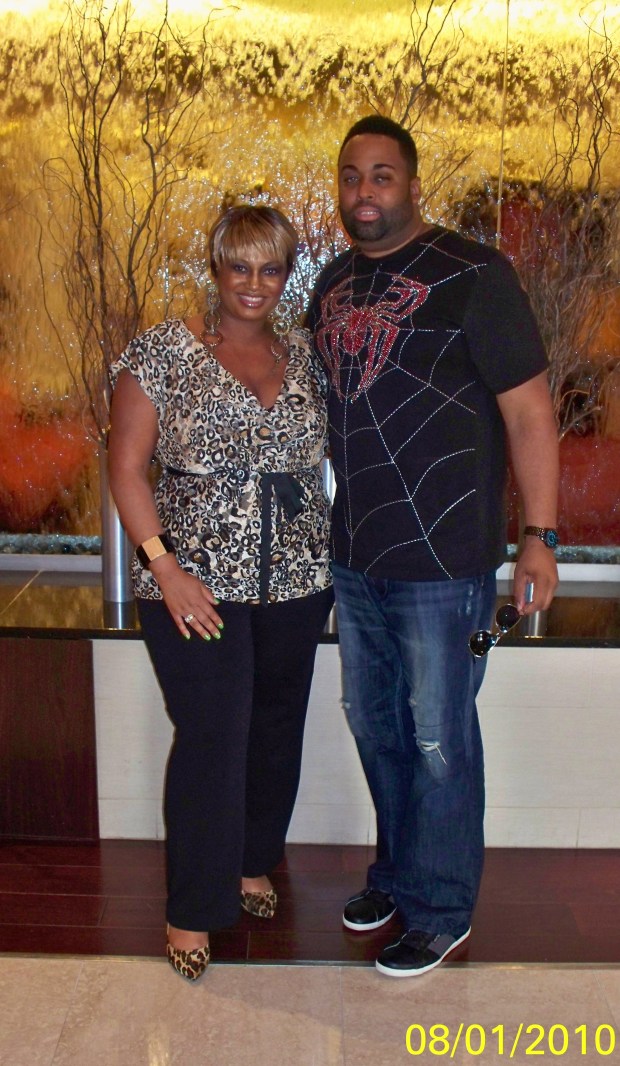 I got to hang out with Eliah and friends this past weekend for a breakfast meeting at T-Millers restaurant in the Marriott Downtown Richmond. So I had a chance to do a Q & A session one-on-one with him. Here are the excerpts from that interview:

Foreword: First off Ms Styles let me say thank you for taking the time to speak with me. I’m flattered that you would be interested in what I have to say. I truly appreciate the opportunity.

How long have you been singing and how did you get started in the field?

Well Ms. Styles I’ve been singing as long as I can remember. Some of my earliest memories involve me singing along with records as my family gathered around in the living room and of course singing in church. As far as when I got into the entertainment industry, I was kind of born into it. I come from a very diverse family of entertainers. My father and his family all sang, danced or modeled professionally. My mother was a model. My mothers’ family was heavily involved in the church. Lots of men and women of the cloth on that side. The church was where I actually earned my stripes in front of large audiences. So I kind of had the best of both worlds musically and access to some really talented people who helped me develop. Thanks Mom & Dad.

Who are some of your musical influences?

Again I had some pretty awesome people in house that the world never got a chance to hear, if we’re talking outside influences I would have to say Donnie Hathaway for the genius of his musicianship and Fred Hammond for his song writing and his vocal delivery. Those two really impacted me professionally because of their soulfulness. There are a lot more musicians and vocalist I truly admire but that would take awhile for me to name them all.

Do you prefer new school R&B ( Usher & Ne-Yo) or back in the day R&B (Marvin Gaye & Smokey Robinson) and why?

I think it is all relevant. Some definitely do it better than others. What I admire and respect in any artist old school or new is their dedication to the art form and the perfection of their craft. Nothing is really new under the sun musically; we just find new ways to express what many have said long before our time. I don’t really care for some of the manufactured singers but I guess you have to respect their effort. Nothing will ever replace God given talent I don’t care how much technology we use. That’s why there is and always will be an audience for singers and musicians like Lalah Hathaway, Eric Roberson, John Meyer, India Arie, Jill Scott, Prince, Stevie, Marvin. Real music touches the soul and that’s why real musicians will always be needed. Music saves lives.

When I look at music videos nowadays “curvy” women aren’t featured as “leading ladies”. How do you feel about that?

I think it’s a sad indication of how we view ourselves and what we classify as beautiful and acceptable to love. It sends a terrible message to our young sisters who may not meet those physical specifications and it further confuses the mind of our young men as it pertains to shaping their mindset of what a beautiful woman is. All of the women in my family are “curvy”. Most of the women I know professionally are as well. Those videos further perpetuate the stigma and stereotype that surrounds our culture as it pertains to relationships, complexion, and size. It’s a fairy tale. My videos will feature individuals that reflect the world that I live in. A world where the measure of a woman’s’ beauty is not the size of her waist but the size of her heart and the warmth of her spirit. Nothing wrong with the sisters wearing size 6 jeans, but truthfully they are not the majority. My music is true to life, my videos will be as well.

When should we expect your album to be released?

Debut album “Soul Far Away” …Winter 2010, with singles to be released late fall. I’m really excited about the project. It is my heart put to music. I set out to do something that would inspire, promote healing of the heart, and soothe the soul. If you are entertained in the process that’s great too…..lol

What other hidden talents or projects are you working on at the moment?

I’ve been told that I’m ridiculously funny….like Eddie Murphy, Dave Chappelle funny before they were rich. That I look like Idris Elba’s little brother….lol and that I’m a pretty good cook! I don’t believe any of it. I’ll just stick to making music…..:)

I really want to send a special thank you to Eliah for not only interviewing with me, but for taking time out of his busy schedule to even teach my son a few piano lessons. That was greatly appreciated! 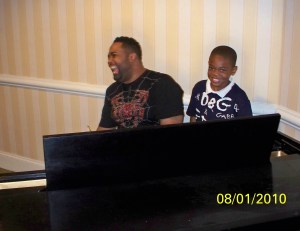 For more info on Eliah Keaton or to download his song for free, please visit his website today: www.eliahkeaton.com

2 thoughts on “The B-Styles Guy of the Day: “Introducing R & B Singer Eliah Keaton””