THE MIS-REPRESENTATION OF CURVES ON THE RED CARPET: Part II 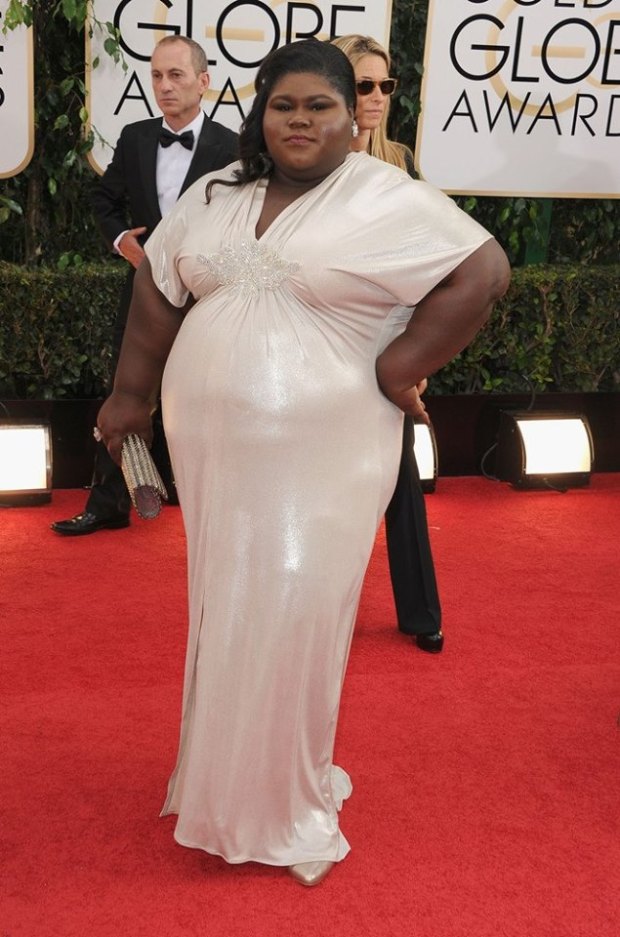 Let me just start off by saying that I was always told, “If you don’t have anything nice to say then don’t say anything at all”. Ok, well I’m going to TRY and follow those words in this post today. But for those of us who watched last night’s “Golden Globe Awards” I’m sure we all witnessed the hit and misses on the red-carpet. There’s always going to be someone who doesn’t like your hair, makeup or outfit, believe you me, I’ve been there. But as I mentioned before in my first post on THE MIS-REPRESENTATION OF CURVES ON THE RED CARPET,  in no way do I bash the curvy community. Instead I will just offer options of a better styling choice. With that being said Ms. Gabby Sidibe walked the red-carpet last night in a nude colored gown. The gown itself was beautiful, as well as Gabby herself. But the style of the dress, and lack of proper undergarments, are what may have taken Gabby’s attire down a wrong road. Being that she is full in the middle area I would have suggested something with ruching in the middle or an A-line dress. Below are a few options that I believe would have worked for Ms. Sidibe last night:

1) The Sevilla Dress by Eliza Parker from Sonsi ($229)– I would have suggested this dress for Gabby in the plum color. Being that she has full arms the sleeves on this would be perfect. I wore this dress myself before HERE and it feels like royalty on. Accessorized with a statement necklace and a wide-belt does the trick.

2) The Kandinsky Plus Size Gown by Igigi ($325)– The A-line silhouette of this gown would work great for a woman with a large middle area. I myself have a ‘pouch’ and I find that these style Igigi gowns are very forgiving in that area. So much so that often a bodyshaper is not needed…for me that is.  It hangs slightly off the shoulders giving a sexy vibe while the sleeves cover any problem arm areas.

3) The Tulle Draped Cap Sleeve Gown with Paillette Detail in Merlot by Tadashi Shoji ( $448)– Now if Ms. Gabby would have insisted on having her arms out, then I would have suggested this beautiful number. The dress that she wore last night was a nude color and this one comes in nude/sand color as well. The center ruching and draped bodice would enhance the curves.

UPDATE: (Above) Is a tweet that Gabby posted in response to her wardrobe last night. My thoughts on it are although she is VERY rich, gets to ride a private jet and was ACTUALLY on the red-carpet as we watched from our couches, she still is one of only a few who represent us full-figured gals in Hollywood. Therefore I feel she and other plus starlets have a responsibility to rep us to the FULLEST at these events so that we WON’T be cast out as “non-fashionable” and “not caring how we look” when we go out. We really NEVER see Queen Latifah dressed on the red-carpet looking less than “flawless” and look how far that has gotten her………….a “People’s Choice Award”. #ThinkAboutIt 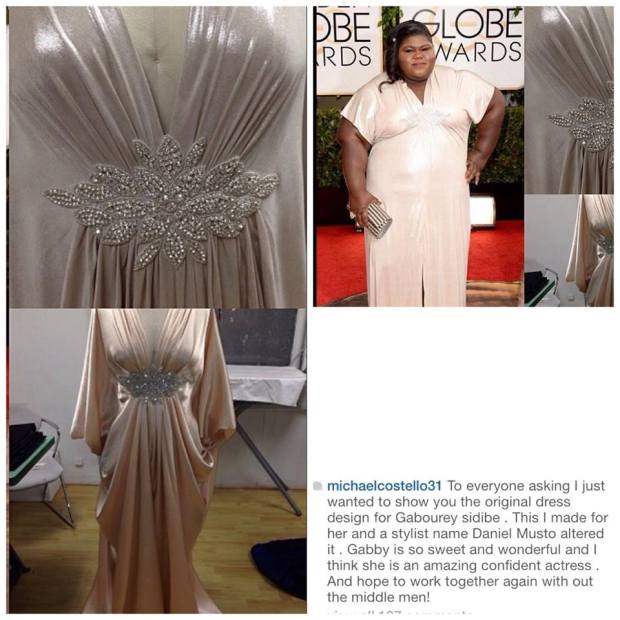 Below are some curvy starlets that DID get it right on the red-carpet last night: 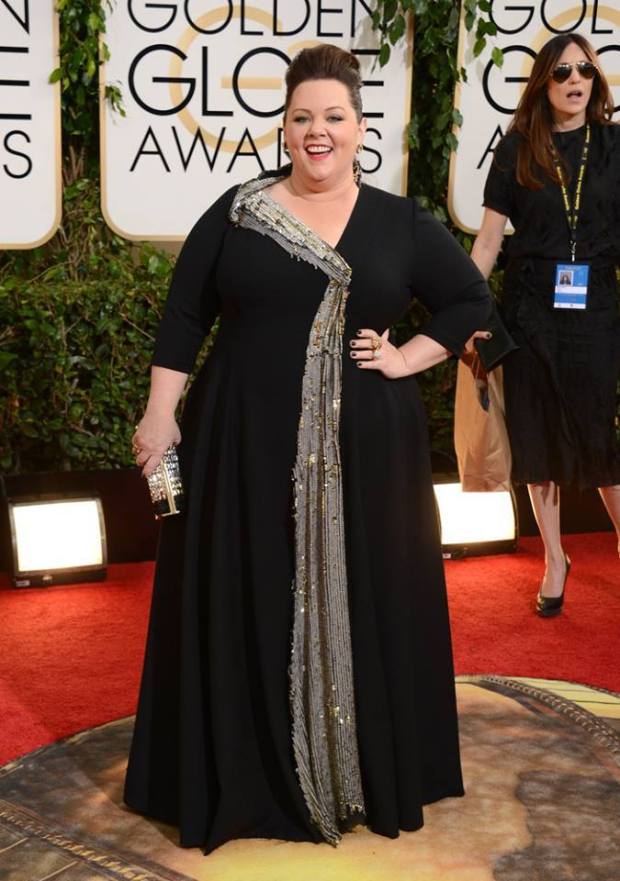 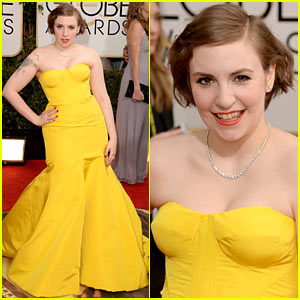 ← Bella On the Scene: “The Lane Bryant and #PSPfit Blogger Meet-Up”
Grab Her Style: “Actress Retta in the IGIGI Lakshmi Gown” →

3 thoughts on “THE MIS-REPRESENTATION OF CURVES ON THE RED CARPET: Part II”